AGILE VS. SCRUM: Know the Difference

As both terms are used together, many people consider them as one and use them together. But the truth is both Agile and Scrum are distinct approaches. 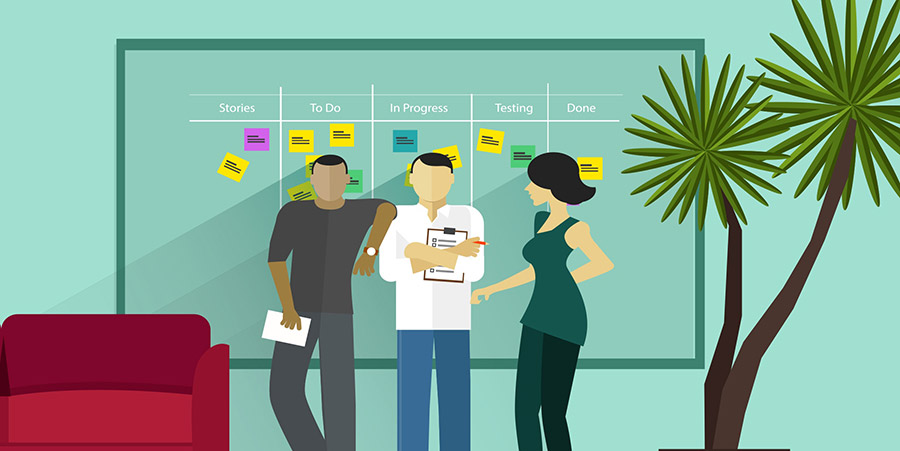 Agile and Scrum testing are two faces of a coin. They both have similarities but the differences in them are huge that’s why they are categorized differently.

Agile testing is generally used in software development and is mostly useful in software development methods. In Agile Testing, the owner or the leader is the most important component. Besides the team working, the leader is the most significant part. The design and implementations that are followed in this type of testing are quite simple to follow. During working on the project, most of the responsibilities are taken by the leader.

During Agile testing, the updating of the data and the project is done on regular basis. The leader updates the data and the project on daily basis for better performance. Except for the leader, working software is the most essential and significant measure. The delivery of the feedback from the user end is required frequently. This type of testing is mostly used in highly important projects under the supervision of the leader.

If we consider, Agile testing is the head testing whereas scrum testing is the part of the Agile testing. In Scrum testing, the team is the most essential component. The designs and implementation of the projects are complicated as compared to the Agile testing. During working on the project, the responsibilities and tasks are divided into the teammates equally. The updating of the system of the project is done in a cycle i.e., sometimes it is done weekly, sometimes fortnightly, or even on monthly basis but at regular intervals.

In Scrum testing, the working software does not play an important role and is not an essential part. As in Scrum testing, short phases or “sprints” are present; feedback is taken after every sprint from the users. This type of testing is usually used in projects that have the requirement of rapid change.

Lean-Agile vs. Scrum, what’s the difference?

Agile vs. Scrum vs. Waterfall vs. Kanban:

Waterfall generally follows a linear and sequential process. This is the most popular and most used form of SDLC. It was mainly originated in the manufacturing and construction industry and is still used there. The waterfall is generally useful for software engineering and IT projects as the tricks and techniques are quite helpful in these fields.

Kanban is a Japanese word that usually indicates visual representation or cards. This is also an implementation of Agile is quite helpful. In Kanban, we usually show what to produce, when to produce, and how to produce, during project management. It encourages small and innovative changes that can take place in our system. The best part of this technique is that it does not require any specific setup or procedure for its working.

SDCL vs. Agile vs. Scrum:

SDCL is the system that involves and takes every step that is involved in an information system development project. It involves the steps from the initial feasibility study to the maintenance of the completed project. SDCL stands for System Development Life Cycle. As its name indicates it is used to take care of the whole cycle and procedure of the development of a project.